In recent years, auto manufacturers have produced higher and higher quality cars, at lower and lower prices. So, what are some of the best deals on new cars in 2018? Producer, Cody Castleberry, has found some of the least expensive cars on the market. Read below to find out which cars achieve rock bottom pricing. 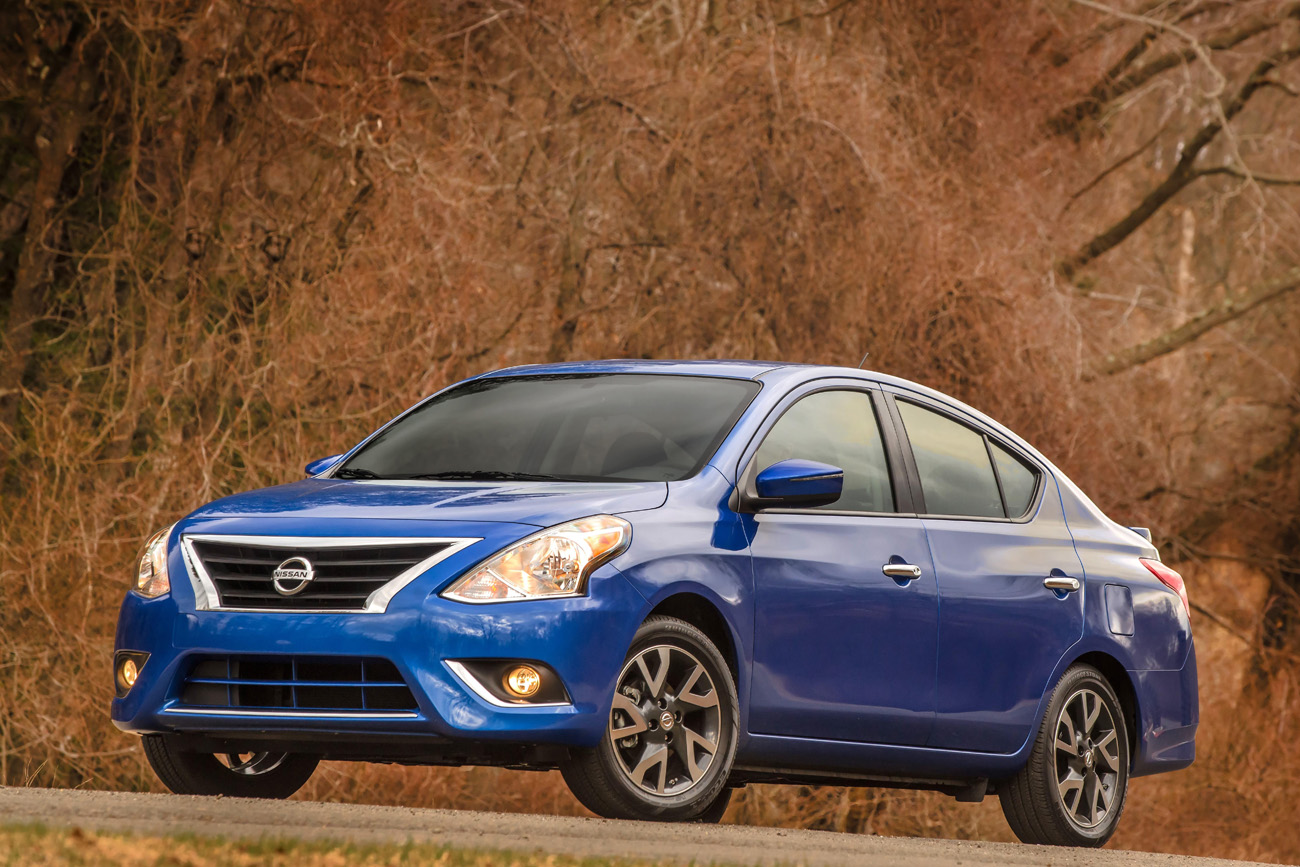 If you’re committed to buying a brand-spankin’ new vehicle but lack a sizable bankroll, then the 2018 Nissan Versa could be perfect for you. It currently wears the crown of the least expensive new car sold in America with an entry-level trim package MSRP of $12,310. The fact that this car doesn’t have powered windows or locks, fold away back seats, or cruise control, might seem like pretty harsh negatives, but your hard-earned cash still gets you audio controls on the steering wheel, hands-free Bluetooth, air conditioning, powered exterior mirrors, a spacious back seat and trunk, and 39 MPG highway. Let’s be honest with ourselves here, no one is expecting luxury out of a $12k car. Speaking personally for a moment, as the owner of a base package 2009 Chevy Aveo, I can not express how amazing the inclusion of air conditioning is for the Nissan Versa. You’ll need to drive stick shift if you plan on rolling this car off the lot as the base model is exclusively offered with a manual transmission.

The 2018 Nissan Versa has received decent reviews from many sources, including a 7.6/10 on Kelley Blue Book, a 6.7/10 from US News & World Report, and a 4.8/5 on Cars.com. Even with its drawbacks, the Nissan Versa is a great choice for anyone looking for a new car on a budget.

The 2018 Chevrolet Spark might look like a shoe, but it comes packed with features. While other base level cars are feature-devoid, the Chevy Spark has a 7-inch infotainment screen, on board 4G LTE Wi-Fi, Apple CarPlay/Android Auto, a backup camera, and 10 airbags. Lane departure alert and forward-collision warning provide extra safety as a small upgrade. The Spark also offers a choice between manual or automatic CVT (continuously variable transmission). An efficient 38 MPG highway gets you where you need to go without costing you an arm or a leg.

On the downside, this thing is small, measuring shy of 12 feet from front to back bumper. The Chevrolet Spark garnered an 8/10 on Kelley Blue Book, a 7.7/10 from US News & World Report, and a 4.7/5 on Cars.com. All things considered, the 2018 Chevy Spark is another great choice for those shopping for a new car if you’re not worried about the limited space.

The 2018 Mitsubishi Mirage is a four-door hatchback with modern styling, and some neat interior features at an affordable price point. The Mirage offers Bluetooth connectivity, rearview camera, and a touchscreen interface. A healthy 43 MPG highway, extra headroom, and plenty of cargo room are sure to satisfy your needs as well. While there is plenty to love about the 2018 Mitsubishi Mirage, it does have its problems. A harsh, noisy drive, sluggish acceleration, lack of safety features, and a mouse of an engine hold the Mirage back.

Are any of these cars on your shopping list? Let us know which one and why in the comments!

LUXURY CARS on LIVE with...

GREEN CARS on LIVE with Kelly...

SEDANS on LIVE with Kelly and...

The month is August, the weather is scorching, and we’re in Reno, Nevada. That’s...

About THE DRIVE with Alan Taylor